A dilapidated brick structure stands out amidst the wild bushes and overgrown trees. A lone cow moos at a cowshed right. A giant tricolour hangs on the wall at the porch, where five young women and men are pumping iron. The ‘platform’ on which they stand is uneven, the barbells and the metal plates have turned rusty and stained, torn cloths are tied to the roof to shield them from sun and rain.

Nothing really gives an impression that champions can be produced at this unassuming facility in Deulpur, roughly an hour from Kolkata. But this is where Achinta Sheuli – a junior world championship medallist, and national record holder who won India’s third gold medal at the Commonwealth Games on Sunday with a Games Record of 313kg (143kg in snatch, 170kg in clean and jerk) – began his journey.

“When I first saw Achinta, he was very thin and did not have the appearance of a weightlifter at all,” says Sheuli’s childhood coach Astam Das, who lives at this makeshift gym. “But he had speed which is very important for an athlete in any game.”

Exactly a decade ago, Sheuli walked into this makeshift facility for the first time, following the footsteps of his elder brother Alok. “We were preparing for the Nationals when in 2013 our father passed away and our financial condition deteriorated,” Alok says. “I was in the second year of college when this happened and the responsibility to be the bread earner of my family fell on my shoulders, so I had to leave college.”

Beaming with confidence, the 20-yr old debutant #AchintaSheuli puts up a dominating performance to bag 3️⃣rd GOLD for 🇮🇳 at @birminghamcg22

The Sheulis live not very far from Das’ home-cum-gym. It’s a modest house with bright green interiors in a cramped lane. Sheuli hasn’t spent much time here in the last five-six years. “Less than 30 days in the last few years,” Alok says, as he points to the room where the champion lifter has spent his life. It stands forlorn right now, but as his mother, Purnima, reminds: “Everything he has achieved and become started from here.” It started, however, with Alok watching a bodybuilding completion, getting fascinated by it, and ‘wanting to do something along those lines. So, Purnima took her elder son to a gym run that Das ran. A couple of years later, Sheuli joined his brother.

“He was the one who took Achinta and me under his wings,” Alok says, referring to Das, a former national-level weightlifter who retired prematurely due to a back injury. “He used to train us for free. He is so dedicated to his craft, he even left a BSF job for it.”

After leaving BSF, Das never took up a full-time job, fearing it would eat into his coaching time. Sheuli, he says, was frail and underweight when he first came to him a decade ago. “(But) One of the things that made him stand out is his hunger for the game. He does not give up easily,” Days says. “I had so many players who were better than him from a physical standpoint but he was the one who reached for the stars due to his never-say-die attitude.”

With the family having very limited resources, Das stepped in and supported Sheuli with lifting gear as well as providing nutritious food. “He used to train very hard but due to their financial condition, it was hard for him to maintain a proper diet. I used to tell him to slow down and have proper food or else he would fall sick. Then he went to the Army institute and got the necessary support,” Das adds.

GOLD no 3 for India🥇 Achinta Sheuli finished his snatch lift with a 5kg advantage and then smashed 170kg (CWG record) in the clean and jerk 🟢#weightlifting #CWG2022 #achintasheuli #CommonwealthGames pic.twitter.com/xNuMNhSMnK

The move to Army Sports Institute, in 2014, was the turning point.

It came after Sheuli gave a glimpse into his abilities at the 2013 junior national championships in Guwahati. While they were still coping with the sudden demise of their father, the fire for weightlifting still burned deep inside both, Alok and Achinta. “We both participated in Junior Nationals in 2013 in Guwahati and Achinta came fourth,” Alok says. The makeshift gym from where Achinta got his start. (Photo: Sayak Dutta)

His performance was good enough to be noticed by the coaches from Army Sports Institute and he was called for a trial in 2014. “He was the only one who was selected from West Bengal,” Alok says. “After getting selected, he left the local Deulpur high school in class 6 and he finished his studies in the Army Sports Institute. He then participated in Youth National Games in Haryana and came 3rd. He then joined the Army and in 2015, he got a letter from the Indian camp. He got a silver in the Youth Commonwealth Games which was organized in Pune.”

The consistent results across age groups, which make Sheuli one of the most exciting young prospects in Indian weightlifting, barely surprise Alok, who witnessed first-hand how a casual interest in the sport turned into an all-out obsession.

“When we were in school, Achinta used to lift weights from 9 am to 10 am without eating anything. He would then come back, eat a bit and go to school. He returned at 4 pm, ate phena bhaat (rice congee) and a hard-boiled egg, and returned to training. He would train till 7 pm and come back,” Alok says. “He was very headstrong. I used to tell him that we don’t have much and weightlifting is the only thing that can make something out of us. That became his mantra.” 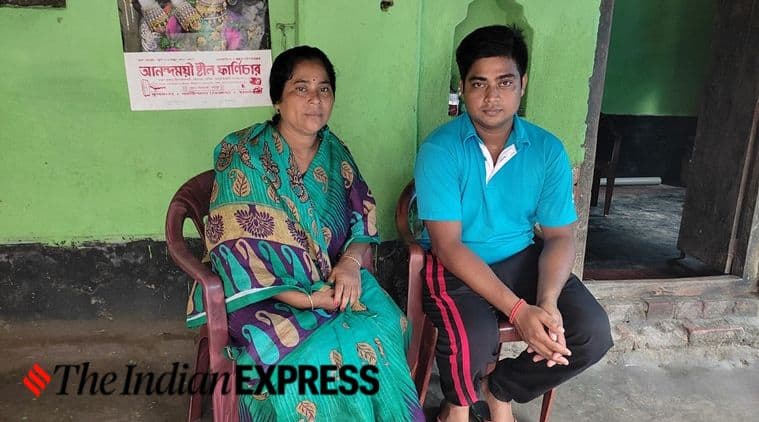 To meet the financial needs, the entire family got involved in a small embroidery business after their father passed away.

“We couldn’t provide enough for him (Achinta). When he went to nationals, we gave him Rs 500 as pocket money and he was so happy with it,” Alok recalls. “When he was in Pune, I used to work for a loading company and could send him some money so that he could maintain his training. We did not eat ourselves but ensured that Achinta was well-fed there.”

Alok is a contractual employee in the fire brigade and he still harbours the dream of making it big on the weightlifting stage. Right now, however, he is living his dream vicariously through his brother who looked primed to achieve bigger things.

From cutting chaff on the fields to lifting barbell to win CWG bronze: Weightlifter Harjinder’s journey

How weight lifting became an important aspect of Ben Wallace’s success in the NBA: “I looked out there and he had every weight that...

Walk or ride? Given a choice, many Kentuckians say they’ll opt for the ride...

Army SOF to continue work in Pacific, Eastern Europe in 2022